For the people that filled the Blumer Room in the Memorial Building for the City Council meeting, it was the culmination of years of effort by city officials, residents, and property owners, often filled with rancor, disagreement, debate, and ultimately, compromise. For a zoning change that was thought to have little chance of receiving the necessary two-thirds majority vote just a few short months ago, it was an overwhelming victory for its supporters. 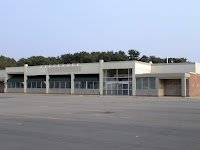 In full disclosure, I was a strong supporter of the zoning change. As one of the founders of Nobscot Neighbors, the neighborhood group formed in 2008 with the goal of revitalizing Nobscot village, I have been a passionate advocate, working with residents, city officials, property and business owners, and other stakeholders in the community on this issue for over ten years.

I have chaired over 60 public meetings that involved the topic of Nobscot village and its challenges, help moderate two online forums where this issue has been discussed, debated, and dissected on a regular basis, and I created and maintain the web site nobscot.org at my own expense, because I am committed to seeing Nobscot village revitalized. I attended nearly every Planning Board and City Council meeting where the issue was discussed, and spoke at many of them. I wrote letters to the board and council, and talked to their members every chance I got.

Few would likely say that the new zoning, which allow for mixed use development and also contains extensive design standards and guidelines, or the proposed redevelopment plan that Andy Rose of Centercorp Retail Properties, the owner of the deteriorating and mostly vacant shopping center on Water Street that has been the focal point of so much community ire, is perfect. Rose's plan to demolish the shopping center and build a large, two-building, three-story mixed use complex of approximately 150 apartments as well as ground floor retail space has provoked opinions that range from it being either the salvation or utter destruction of Nobscot village. Concerns about traffic, lack of parking, overcrowding and density, more children being enrolled in the city's schools, and the need or wisdom of building more apartments were some of the many issues that stoked the debate.

But over a period of several months this spring, the factional divisions within the community began to lessen. The Planning Board and its administrator, Amanda Loomis, held public hearings and tirelessly incorporated numerous changes to the zoning based on community input, including limiting the building height to three stories, down from four. Both the full City Council and the planning and zoning subcommittee also held public hearings, deliberated, and made further revisions to the zoning. Property owner Andy Rose held public outreach meetings with both the residents of Whiting Road, which abuts the shopping center, as well as the Nobscot community at large, and affirmed his position that he could redesign his project within the three-story limit the community advocated for. Several city councilors who had voiced opposition to the zoning began to modify their positions as the zoning was refined and public sentiment shifted. Compromise, the bedrock of much societal progress in every setting from small towns to global politics, was paving the way forward.

While most of the focus has been on the dilapidated shopping center, the new zoning will apply the new standards and design guidelines to other village properties as well. In addition to the mixed use complex, Rose's firm also plans to relocate the Nobscot Chapel, which it purchased from the city, to the vacant lot on Edgell Road next to Gianni's Pizza, where the old Texaco station once stood,  and renovate it for use as a restaurant, and build a new, larger, free-standing CVS store on the corner of the shopping center property. Across Edgell Road, the owners of the Gulf gas station and convenience store had already announced plans earlier in the year to tear down the existing building and replace it with a new one with a larger retail presence.

And finally, the Rousseau family, which owns several properties on the north side of Water Street across from the shopping center, including CJ's Northside Grill and the Middlesex Bank building, publicly stated their support for the new zoning at the City Council meeting, with the hope that it will create more opportunities for their holdings as well. The city also has plans to improve the intersection of Edgell, Water, and Edmands Roads, which will hopefully improve some of the traffic woes that have long plagued the area.

In the next two to five years Nobscot village will undergo dramatic changes, and likely have a more unified architectural look than it has ever had, and more vibrancy than it has had in decades. There will no doubt be challenges to overcome, and more compromises ahead, but I am feeling more optimistic about its future than ever.

Thank you for your countless hours devoted to this project Brett!

Thanks for all your your hard work Brett!

Brett, your commitment to the neighborhood is unparalleled. I am so grateful for your effort, time and dedication to this project and all things relating to the wider community.